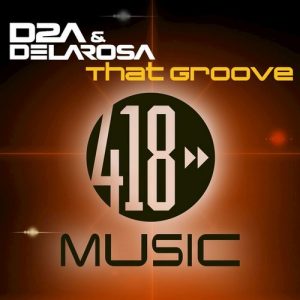 D2A, aka Brian Rosin, has been writing, performing, and producing in the music industry for more than 15 years. As an artist he has performed over 3,500 shows all over the United States. He was one of the original DJs on www.myhouseyourhouse.net for its first three and a half years of broadcast. D2A has worked with major labels such as Sony ATV and Universal Republic, as well as independent electronic labels like Phunk Junk Records and NOSALADRECORDS on both the live and production sides of the electronic industry.

DELAROSA, aka Augie DeLaRosa, has been playing House Music for over 20 years, and has been a mainstay on the Chicago Nightclub Scene since 2008. He is one of five finalists for the 2015 Chicago Nightlife Award for Best DJ. In 2012 Augie was the winner of the V.I.Peeps Chicago DJ Competition to play North Coast Music Festival, he’s played the annual AddictedToRadio.com South Beach Tour during Winter Music Conference 2013, 2014, and 2015. Tiger Records tapped him to play for their Miami In Session Pool Party during WMC 2015. He has provided direct support, opening for Plastik Funk, Oscar G., Sharam, Groovebox, Deniz Koyu, Tom Staar, Crazibiza, Vicetone, Federico Scavo, Stonebridge, and Saeed Younan to name a few.